Dylan is a 5-star boutique hotel, which looked to recently reconnect with their existing clients while endeavouring to reach out to a new audience. Having started to renovate the ground floor of the hotel, they then contacted CI Studio to work on the naming and branding of their restaurant, bar and terrace.

Built in 1901, Dylan is housed in an impressive Victorian building, designed by the renowned Albert Edward Murray, who also designed Royal City of Dublin Hospital and Hodges Figgis. Prior to becoming a hotel, it was home to the nurses who worked at the nearby Royal City of Dublin Hospital. The building was constructed from red brick, with distinct yellow terracotta decorative frieze panels, in contrast to the interior, which would have been unembellished and staid.

The vision that Gráinne Weber Architects had for the ground floor was to strip back excessive decorative features while adding in 21st century renovations, replacing them with a pared back and understated elegance in keeping with the original style of the building. The works also create clearly defined areas on the ground floor, such as a new cocktail bar, restaurant and terrace. Our role therefore was to design an identity system, starting with the names, and help develop the personality of these areas.

“When researching Dylan, it was apparent that the owners were proud of the building’s history as a former nurses’ residence, which was mentioned first and foremost in
hotel listings and write-ups.”

We look through several lenses when beginning any naming process. The heritage of the building is what resonated with us, and using that as our framework, we began to explore the role of the building and the women that resided there. The running of the nurses’ home would have been down to the appointed matron at the time. Matron was also responsible for the nurses that lived under her care.

Miss Edith Annie Eddison was matron for the Royal City of Dublin Hospital from 1909 – 1917. Miss Eddison was in charge during the 1916 Rising. During this time a constant stream of wounded soldiers, civilians and rebels were brought to the hospital and they were cared for by the nurses under her leadership, working day and night at great personal risk. She was commended for her bravery and leadership during the rising. The Eddison Restaurant has been named after her. 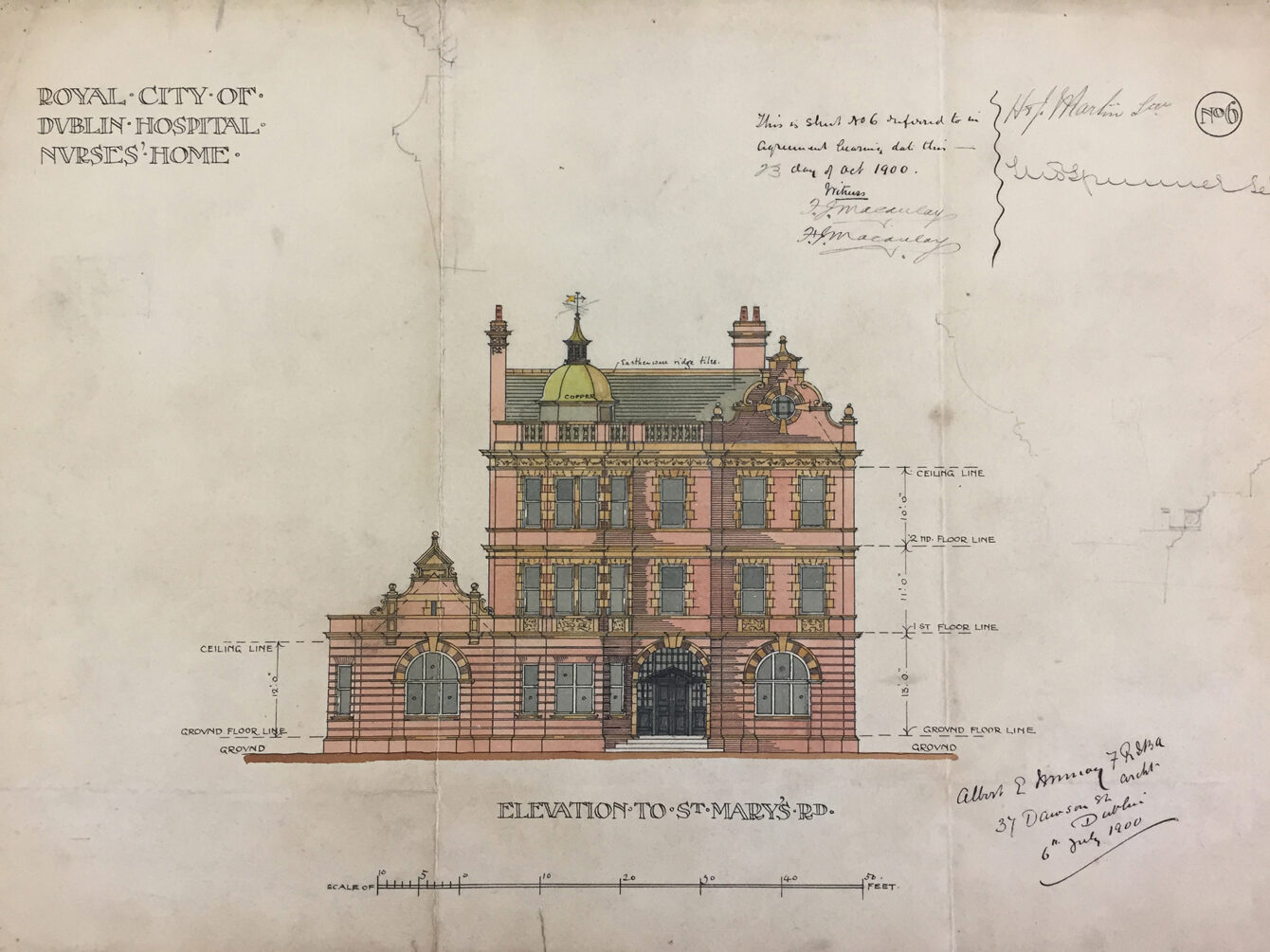 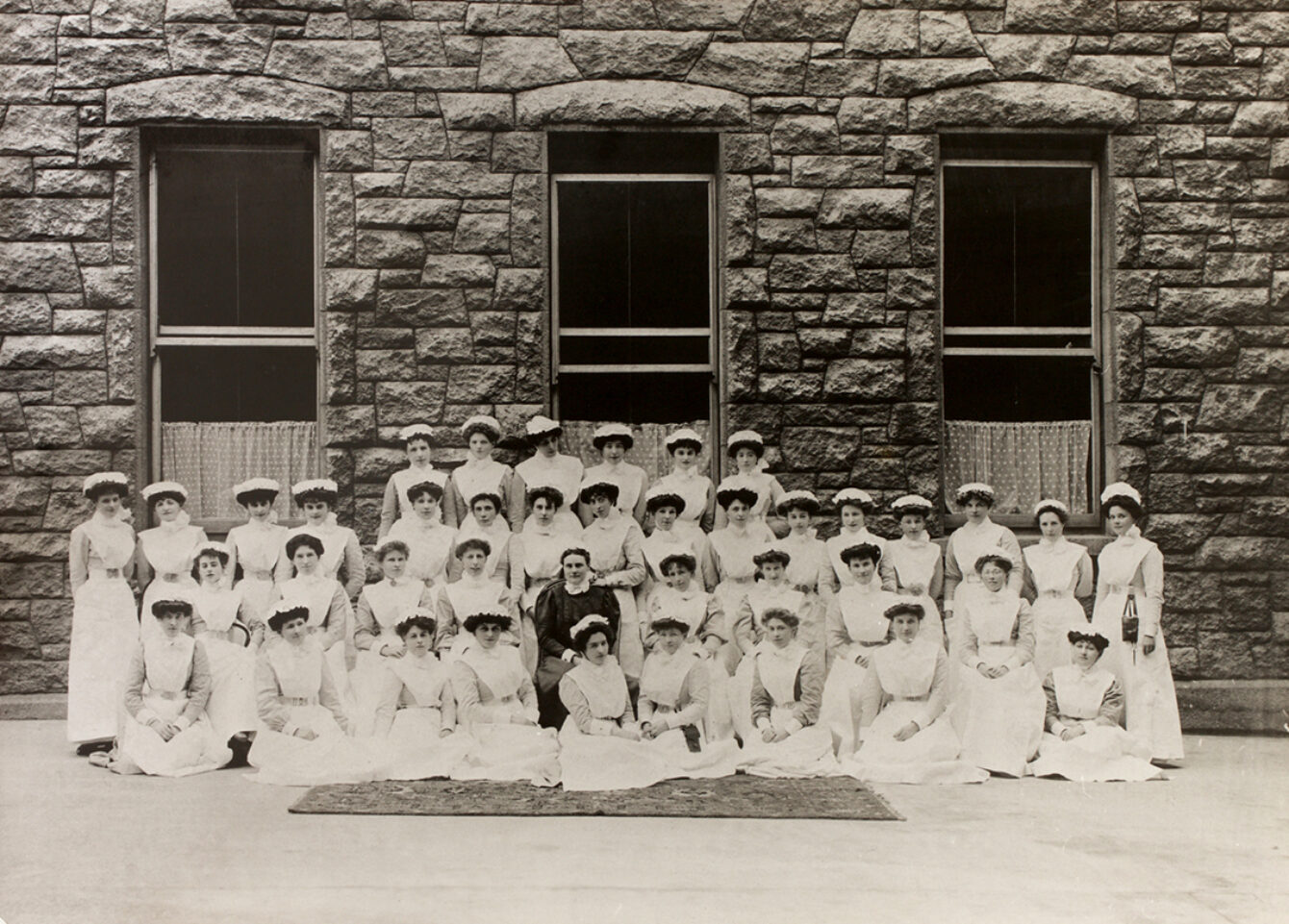 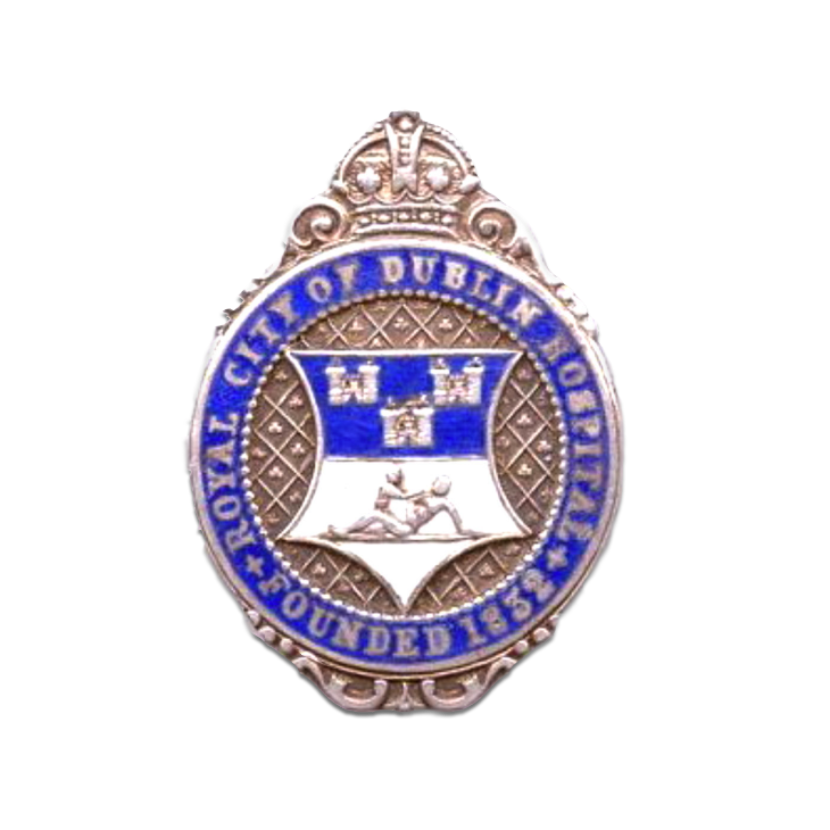 Miss Ruby Stokes was matron for the Royal City of Dublin Hospital from 1927 – 1960. During her time, her office, bedroom and sitting room were all on the ground floor. This strategic placement ensured she could keep a close eye on her charges, ensuring no gentlemen were allowed past reception and all curfews were enforced. Ruby’s former quarters is now the new resident’s bar, The Ruby Room.

The outdoor partially covered terrace is a social space that can be enjoyed year round, come rain or shine. Wining and dining under the sun or the stars. A decadent array of Victorian plants create an urban oasis. The Nurserie Terrace is a play on the use of the former building, and is of course synonymous with the cultivation of trees and plants. A fitting name for this space.

Bringing the Story to Life

The heritage needed to be integrated within both the identity and the space, to become part of the fabric of Dylan. We began by trying to locate old photographs of the matrons, nurses and their way of life. We cast a wide net with the hope that someone could help us. The response was remarkable with lots of people coming forward, including various archives, associations, individuals, historians and alumni, keen to share old annual reports, books and photographs. It was heart-warming to witness the excitement it caused within the alumni, our search for stories and photographs going viral within that community, proud to honour former staff.

Old photographs of the nurses from different eras are integrated within the newly designed spaces and on printed pieces. There are original architectural drawings by Albert Edward Murray on display, to give some context to the time and elegance of the original building.

Each of the new spaces needed their own identity, yet to also feel part of the one family. We stumbled across the badge the nurses from the Royal City of Dublin Hospital received upon completion of their training. A beautiful embossed pattern used behind the crest, provided inspiration for a pattern that forms a backdrop throughout the new identities in a guise other than words and photographs. This is used on select items from menus, through to the inlay of wood on bespoke tables. The history once again reflecting the provenance, in a relevant and experiential form, honouring those who worked there, and enriching those who stay. Details of the uniforms the nurses wore in old photographs, lend visual cues to the uniforms worn by staff today.

It was a truly collaborative process, Dylan are a wonderful client, with a great eye for detail. We worked closely with Gráinne Weber Architects to ensure that the new identities were carried through the interiors and are now a key part of the overall customer experience.

We would like to give special thanks to the following who greatly helped us with our research: