One of Ireland’s oldest and most respected members club, Stephen's Green Hibernian Club needed to broaden its appeal and reach out to a younger audience of professionals living and working in Dublin.

Opening its doors in 1840 as the Stephen's Green Club, a later merger with the Hibernian Services Club increased it to the lengthy Stephen's Green Hibernian Club, or SGHC. Following a strategic review in 2018, it was decided to revert to the more manageable name Stephen’s Green Club. A brand refresh was needed to reflect the name change and portray the newer attributes that came following the review.

While the word Hibernia was dropped from the name, the figure of Hibernia – the female personification of Ireland - was a very significant element within the existing emblem. It seemed a natural path to bring Hibernia to the fore in a new iteration of the Club’s motif. This was redrawn and given a more elegant and contemporary aesthetic, while retaining an established tone, fitting for a club with such a rich history.

Launched in 2018, the new Hibernia identity including motif and logotype along with their introductory line, Welcome to The Club, were very positively received by all members, existing and new. The identity has been implemented on communications material across all major touch points and channels. 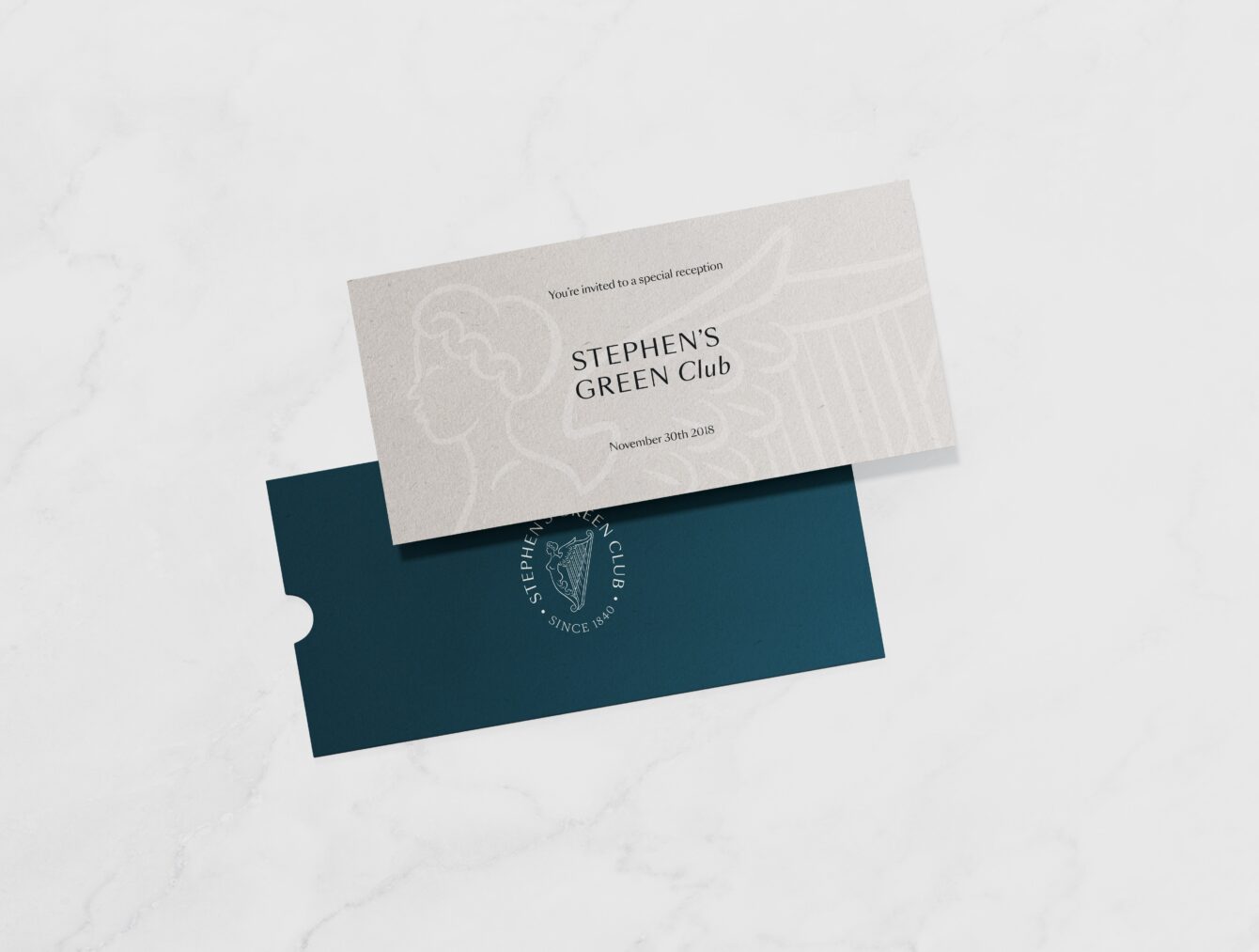 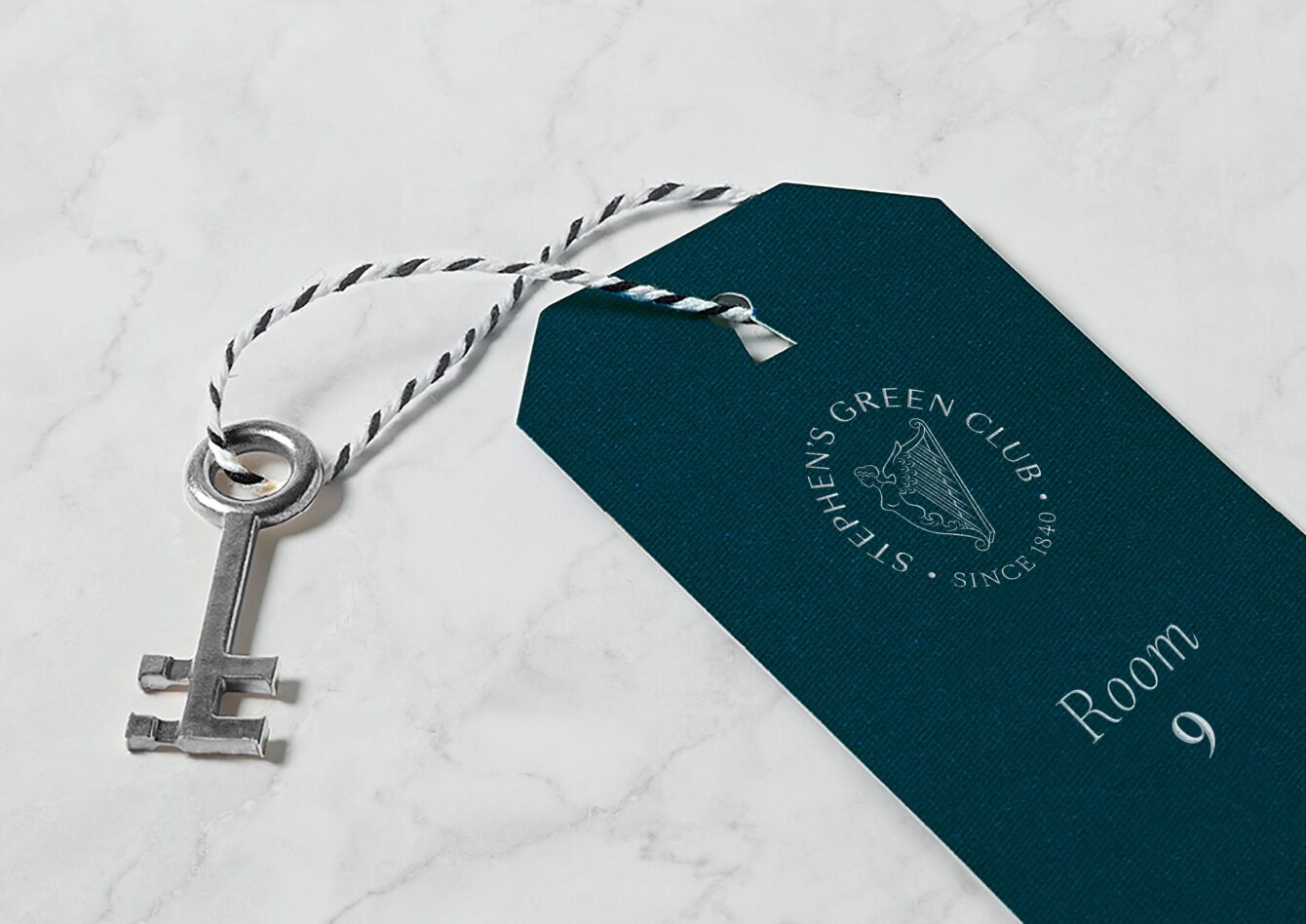 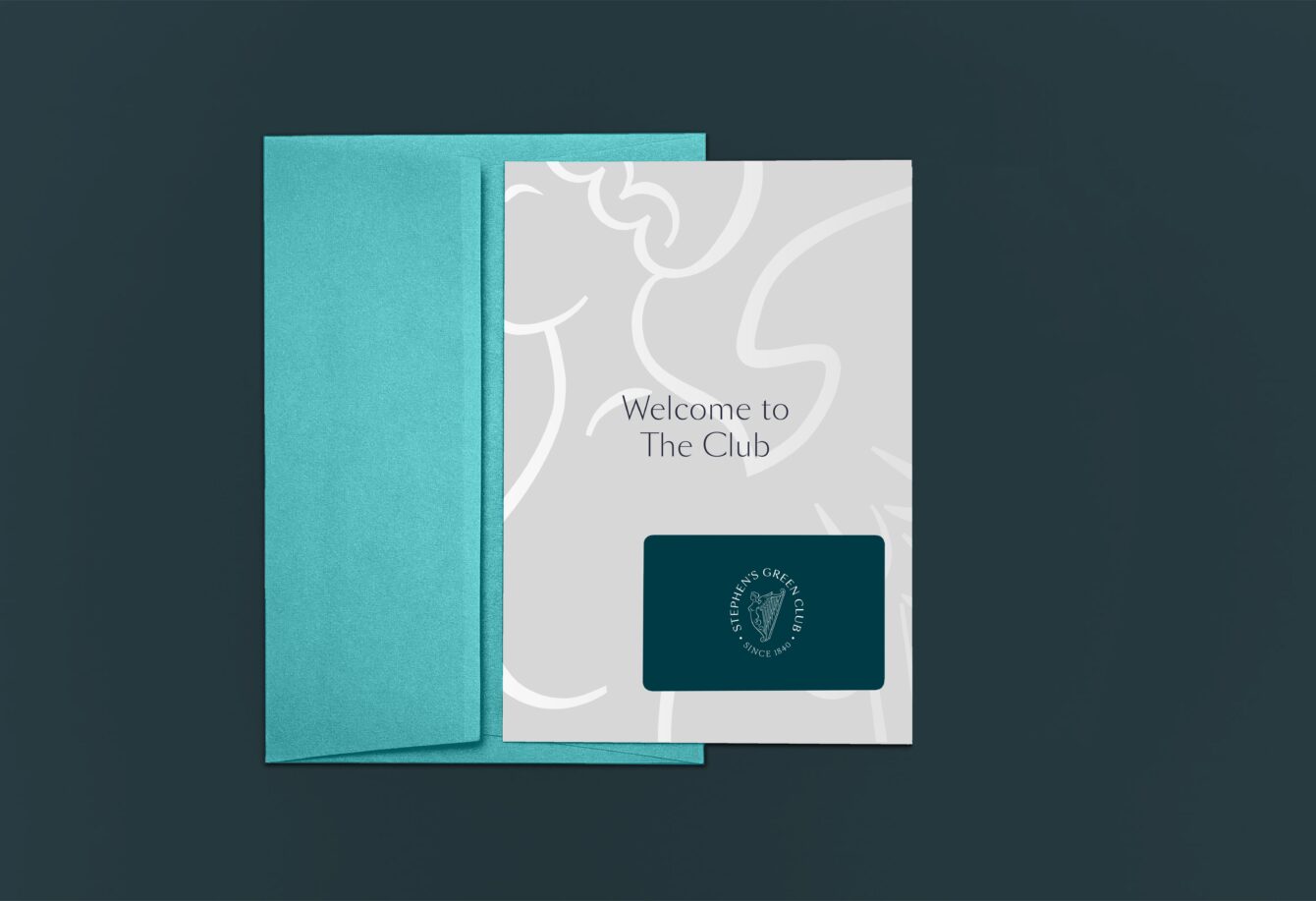 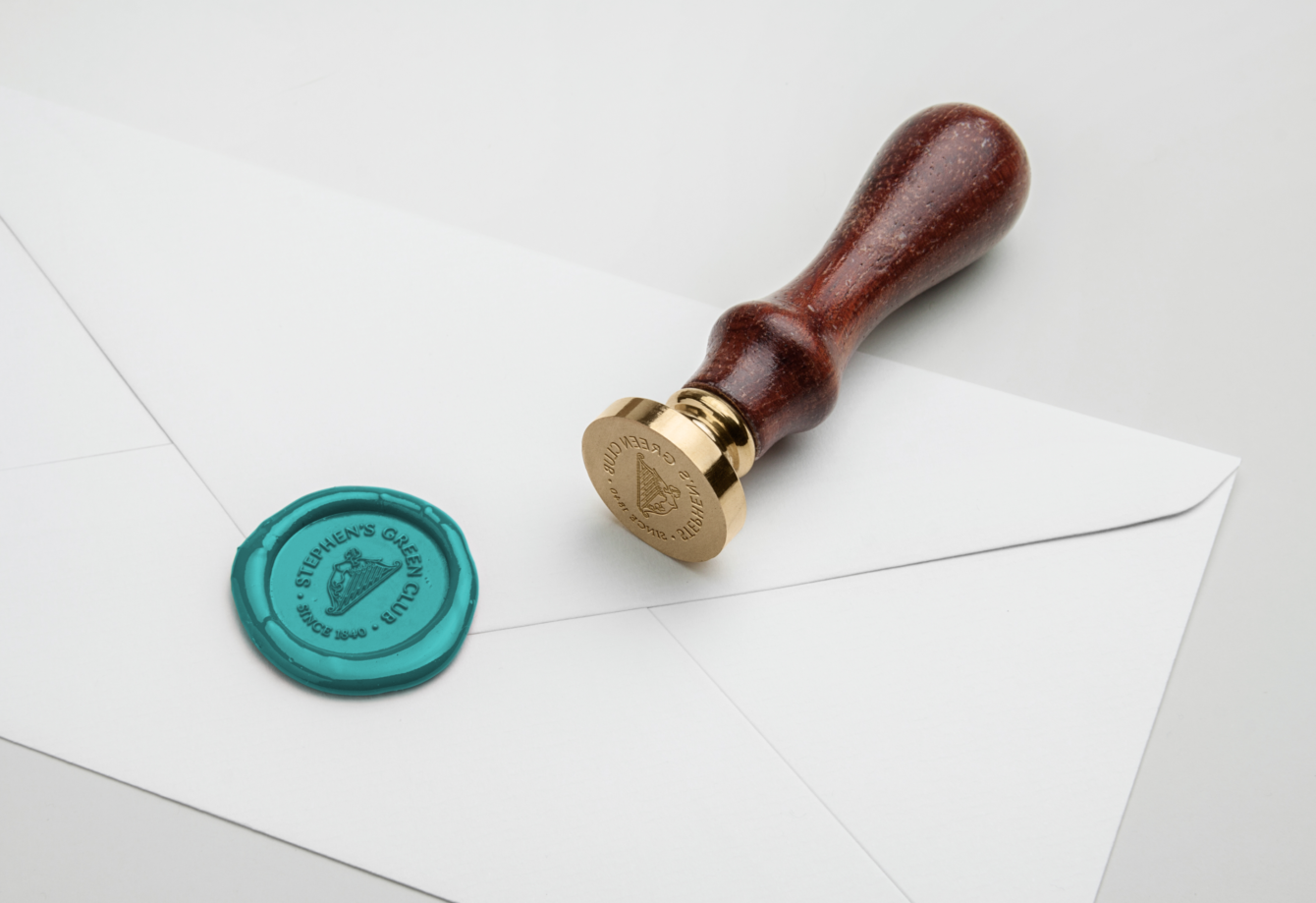 The meeting place of kings

Paying homage to its history

A makeover for an old favourite