Working with Bewleys, we were asked to create a new coffee and tea retail concept for Donnybrook Fair. To closely align this new offering to Donnybrook Fair we named it Broo taken from the word Donnybrook with an obvious nod to the product itself.

The brand identity took inspiration from the infamous fair held on Donnybrook Green. Since its inception in 1204, carnivalesque celebrations and indulgences were the order of the day, until its demise in 1866 due to wanton and disorderly behaviour! 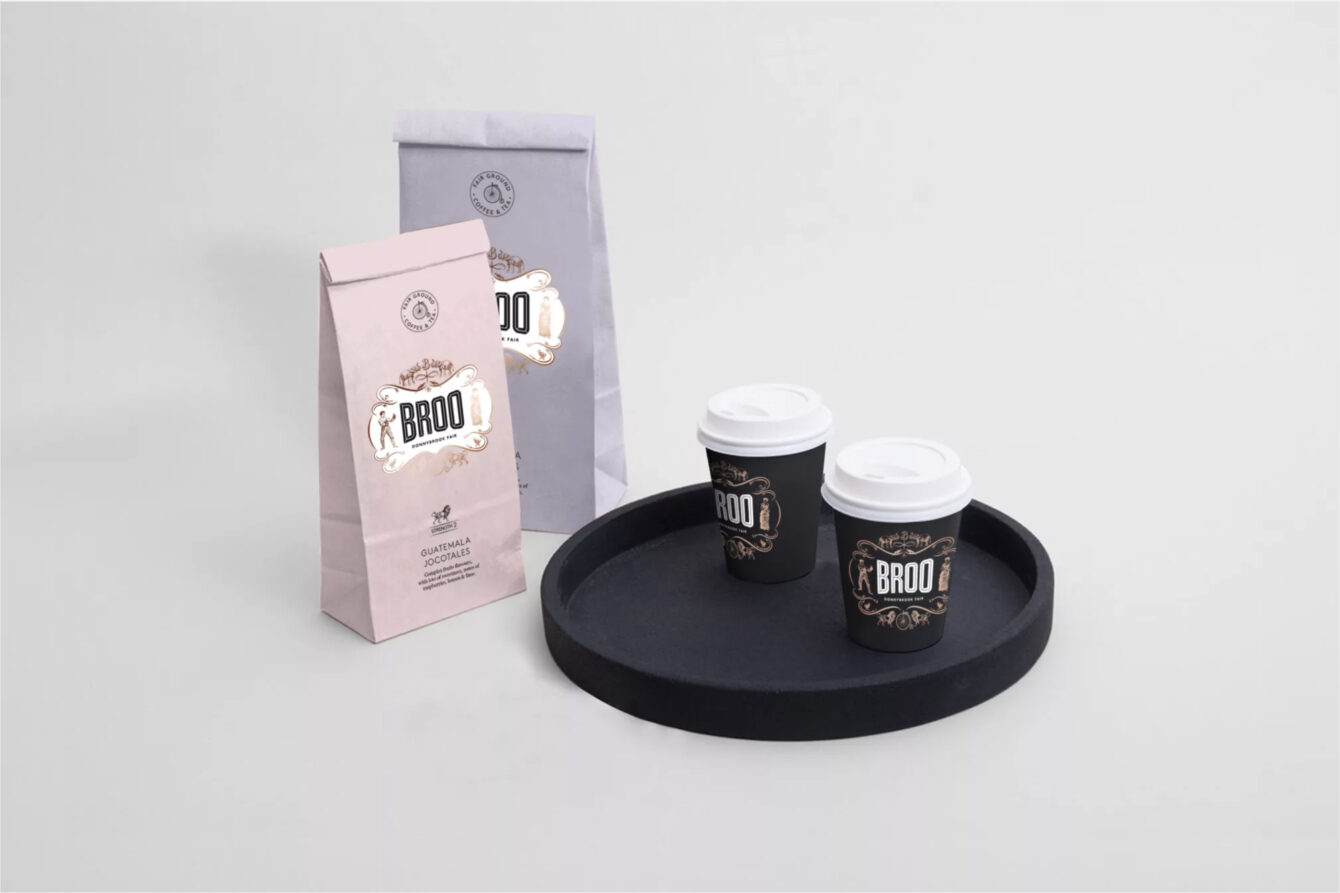 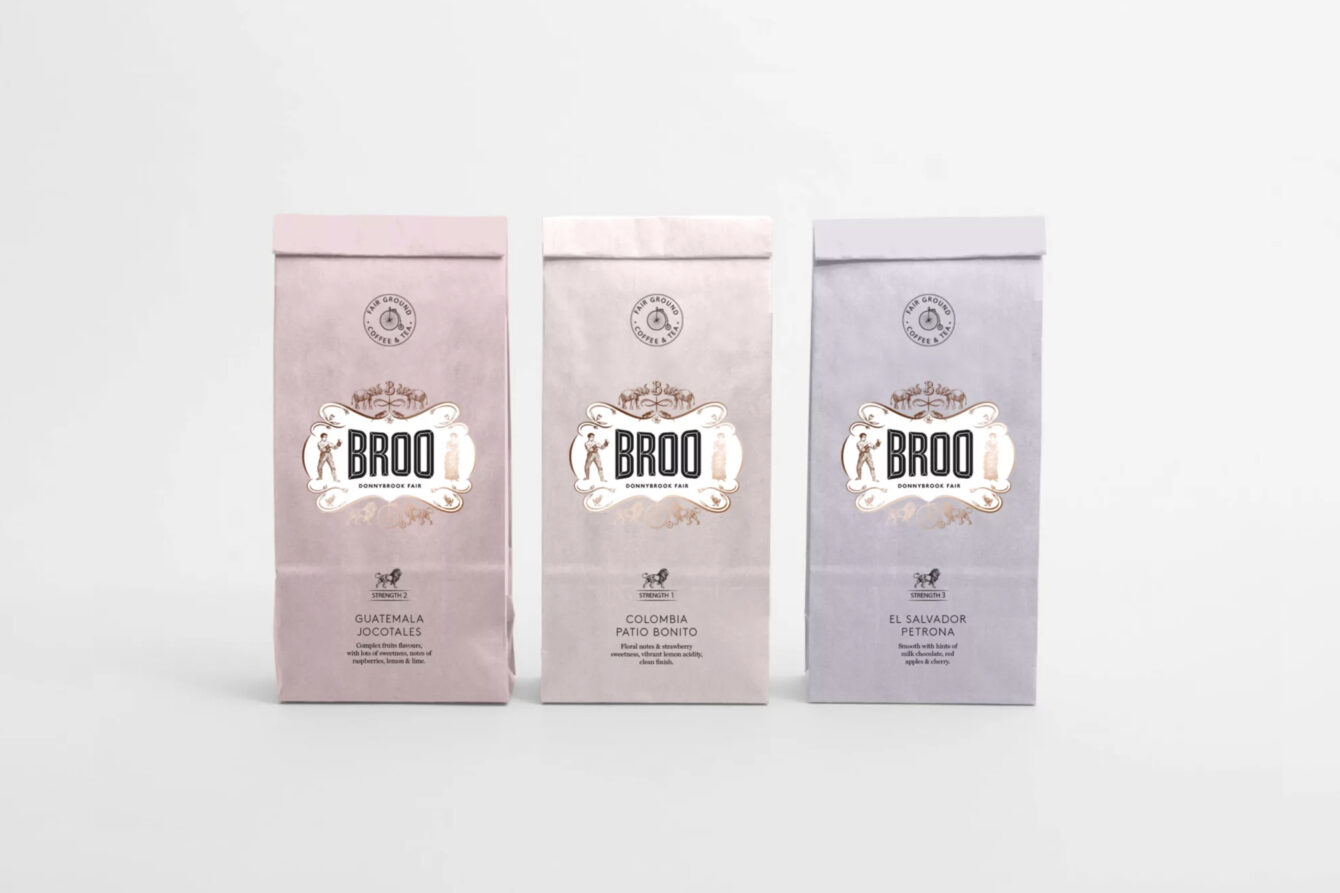 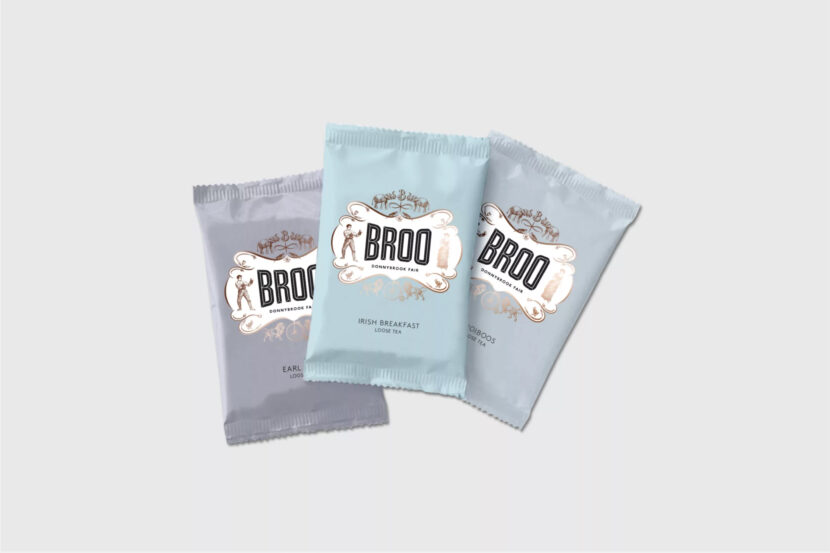 With Broo, we have chosen to pay homage to the colourful past of the carnival by featuring some of the wonderful characters and animals who would have frequented the fair in it’s day. The logotype evokes typography from the era and is reproduced in a bronze metallic foil on most print pieces. This is complemented with either black or a muted pastel palette. The rollout included application of the new identity to print, packaging and interiors.

Paying homage to its history

A makeover for an old favourite

The meeting place of kings